In general, batteries are energy storage tools that consist of plates, separator and sulphuric acid. As the first component, grid is a frame made of lead as the main alloy, but consolidated with addition of different alloys depending on its technology. Active agent or dough is the part obtained with combination of various chemicals that enable reaction for energy of battery and smeared on the grid.

Separator is a material in the form of an envelope that is made of plastic material. Duty of separators is to prevent contact of positive and negative plates with each other and transport electrons by reacting with electrolyte plates. Its acid density value in a fully-charged battery is at 1.28 g/cm3 in a cell. It is a plastic material in which box cap, plate set and electrolyte. Battery cap ensures hydrogen gas generated in cell while battery is charged is thrown out. Indicator is used in all models and gives an idea about general level of accuracy of battery. If indicator is at green level, it means battery is full. However; status of indicator may sometimes be ignored in case of failure after sale since it only informs us about one cell. After battery components are assembled, battery is made ready to be delivered to customers after it is charged during production. Batteries are self-discharging by nature. The reason is that sulphate ions in electrolyte react with plates and cause reaction on plates that we called sulphation.

Here, we should ask when battery starts to discharge itself. In fact, battery starts to discharge itself after being produced, namely charged. Due to self-discharging feature of battery, storage conditions especially before sale are very important at this point. Before batteries are sold, it is strictly required to store them in a cool and dry place. Batteries should be protected against direct sunlight, rain, snow and other similar factors. Ambient temperature should be 25 degrees at maximum. According to tests performed, shelf life of batteries falls by half if ambient temperature increases in 10 degrees. Even if it varies depending on the technology, shelf life of a battery stored in below 25 degrees is 6 to 8 months.

Sale points are required to consider this matter and apply fifo application, which means first in first out.

Find the Right Battery for Your Vehicle 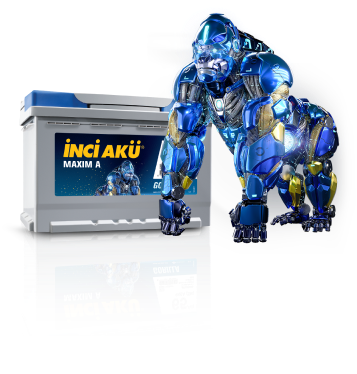